Bloomington, Ill. – Viva, LAS VEGAS! With one of the closest contests in years, the Sound of Illinois (SOI) Chorus placed first in Sept. 28 competition, earning its seventh consecutive berth in international Barbershop Harmony Society competition to be held in Las Vegas, Nevada next summer. The 68-man chorus, led by Terry Ludwig, topped a field of 10 groups from Illinois.

SOI member Rich Hansen of Mt. Zion received the Music Man Award, given by the state’s Quartet Champions Association to a member who has contributed greatly to nurturing barber shop quartet activity. Hansen, who lives in Mt. Zion, is an active quartet singer and has been in charge of the state’s Youth In Harmony Festival for 15 years. The Bloomington event will be at BCPA Oct. 24, providing a day of singing for about 400 high school young people from Central Illinois, capped by a 7 p.m. performance of two youth choruses plus the Sound of Illinois Chorus. The public is invited to attend.

Competitions were held at the Bloomington Center for the Performing Arts Sept. 27-28. 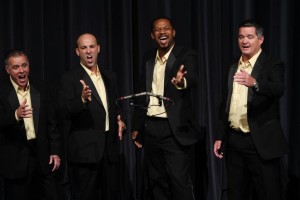 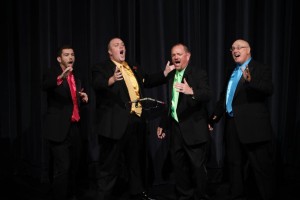 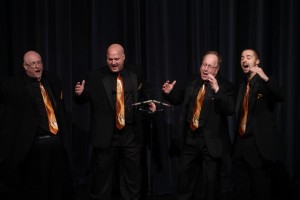