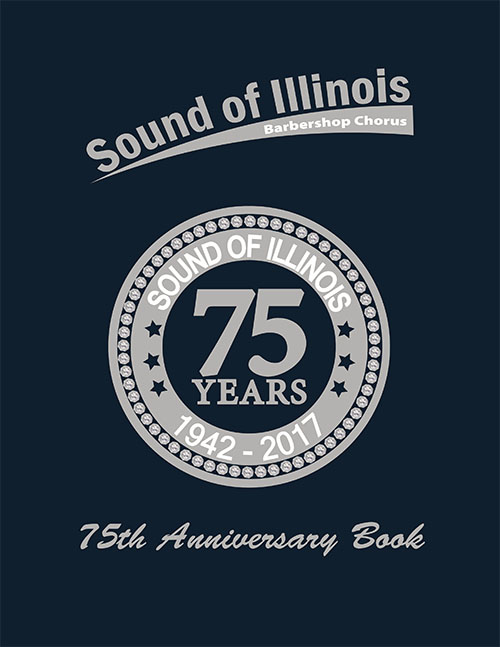 The Birth of SPEBSQSA in Bloomington

The Bloomington Chapter has called 10 locations its rehearsal home since 1942. Not counting the site of its first meeting at the American Legion Building, because it was temporary, rehearsal halls have been: 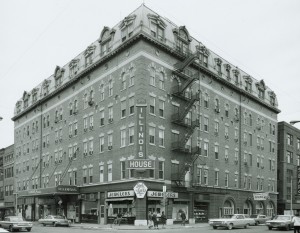 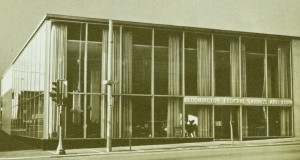 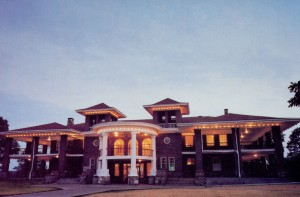 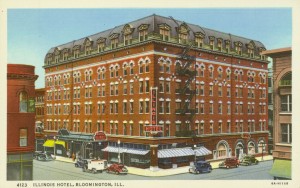 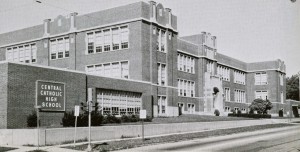 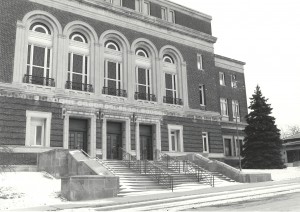 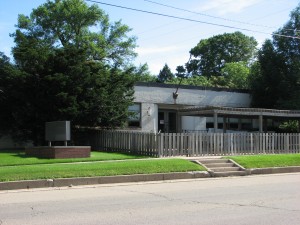 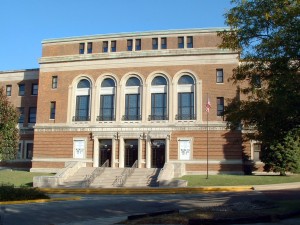 There have been 10 directors of the chorus since its beginning. In order, they have been:

Dwayne Cooper, who got his start in barbershopping as a member of Sam Anliker’s Bloomington High School barbershoppers and the Sound of Illinois Chorus in the 1976, is the Barbershop Harmony Society’s (BHS) treasurer.    Dwayne’s wife, Barbara, is the daughter of Bob and Betty Moore of Bloomington (Bob’s a long-time member of SOI).   When a job took Dwayne to Texas in (year), he maintained his barbershop life.  He’s been active musically (he directs his New Braunfels chapter), he was Southwestern District president 2008-2010, and he took the reins as Society treasurer in 2010.  Dwayne lives in New Braunfels and has three children. 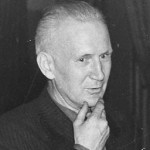 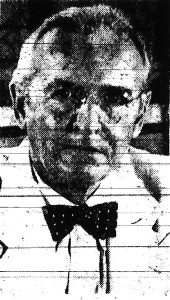 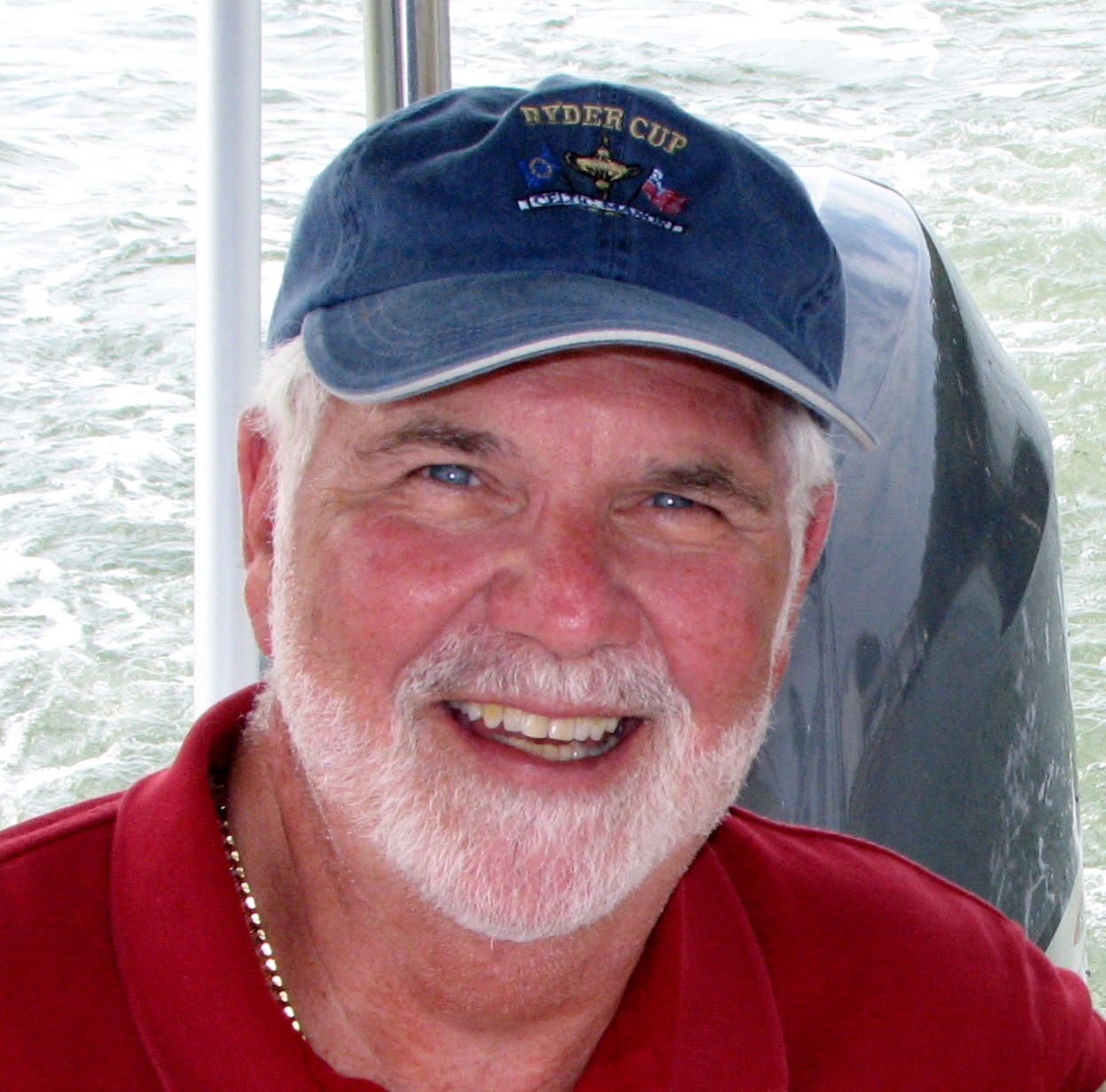 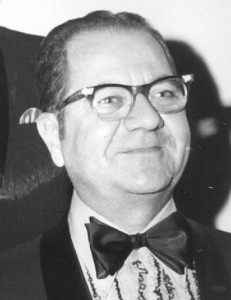 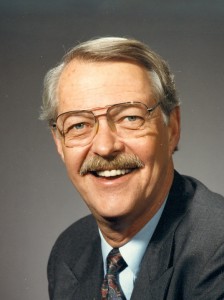 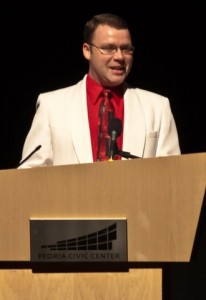 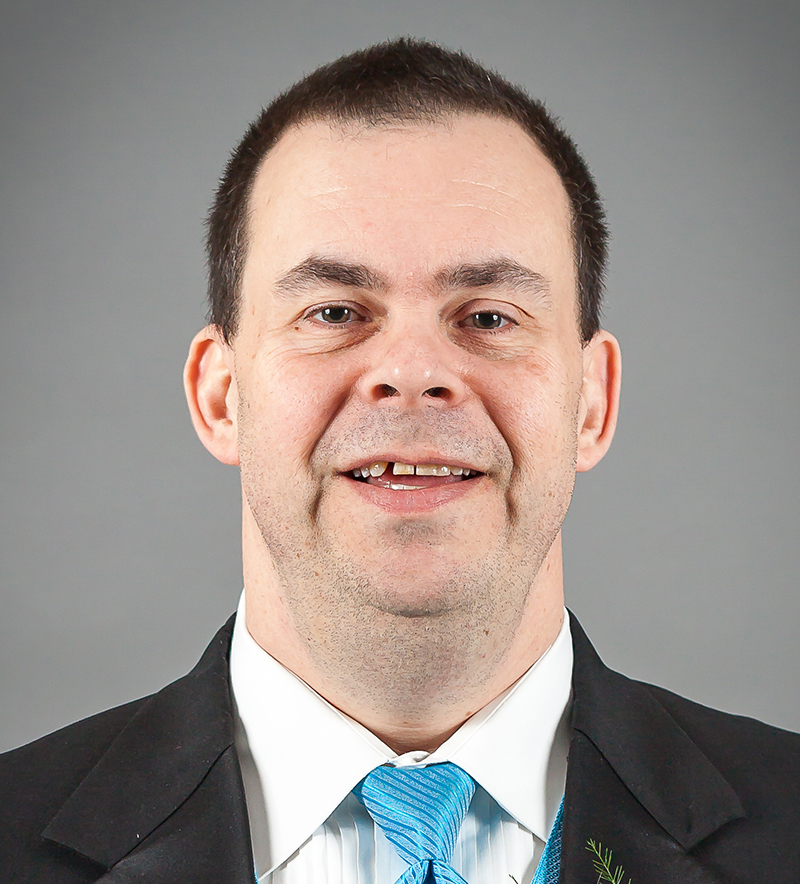 Three members of the Bloomington Chapter have served as president of the Illinois District: B. Paul Jefferson, a Bloomington Chapter founder, served in 1943. Loren Bogart served in 1957 while a member at Princeton (he soon after relocated to Bloomington). 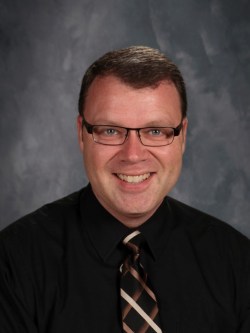 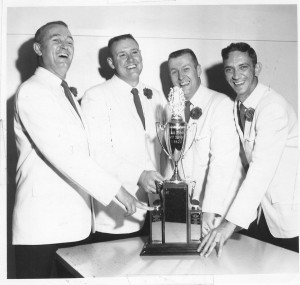 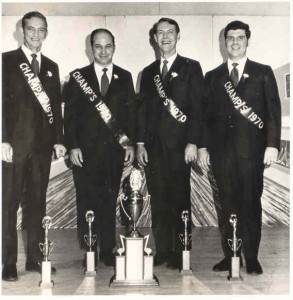 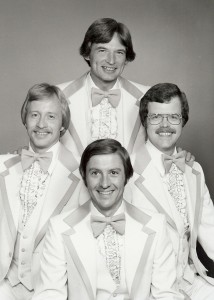 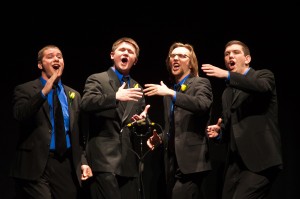 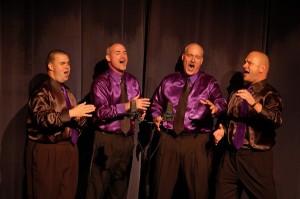 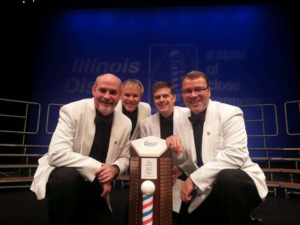 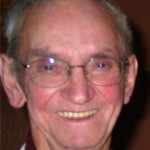 Chuck Lewis (deceased) is the only two-time district quartet champion in the Bloomington Chapter. He sang bass in both groups: The Four Barons (1960) and The Ideals (1970).

Bob Lindley is the only Bloomington chapter member to win a gold medal with an international champion quartet, although that occurred prior to him joining Bloomington.  The Vikings won the title in 1953 after winning the Illinois state title in 1951.  All four men sang at Augustana College and were encouraged by a WHBF radio announcer to visit the Rock Island barber shop chapter.  They joined and placed second in two straight state competitions before becoming state champs.  Two years later, they won the international title. During a quartet job in Geneseo in 1949, he learned of an opening in the city’s chamber of commerce. He took the job, then moved to Pekin’s chamber in 1952.  While there, he sang baritone with the Kord Kutters quartet.  Bob moved to Bloomington in 1958 to become head of the association of commerce.  He emceed 11 Bloomington shows (1959-1967, 1969, 1971, 1977), more than any other emcee.  Bob left Bloomington in 1963 to work with several professional trade associations, retiring in 1988 from the American Association of Medical Society Executives. 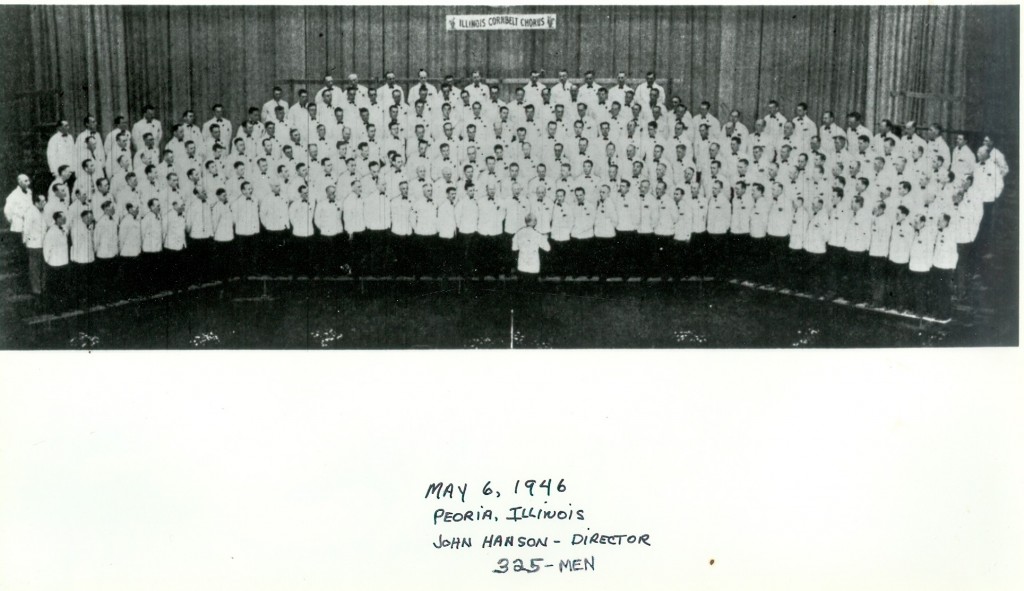 Bloomington’s first director, John Hanson, also led choruses in other Central Illinois communities. He told Society Founder O.C. Cash in a recorded letter (circa 1944) his dream was to someday put a thousand men on stage at the same time, all singing songs he had taught them at their individual chapter meetings. At that time, he admitted, there wasn’t a venue large enough to hold such a group, so the most that had gathered for one singout was about 300. The concept took shape in 1946 with choruses in 9 cities participating: Bloomington, Decatur, Monmouth, Canton, Jacksonville, Peoria, Rock Island, Galesburg and Lincoln. It died in 1953 when John Hanson retired from directing (he died July 17, 1954). At that time, six cities were involved (Bloomington, Decatur, Champaign, Dwight, Peoria, and Gibson City). 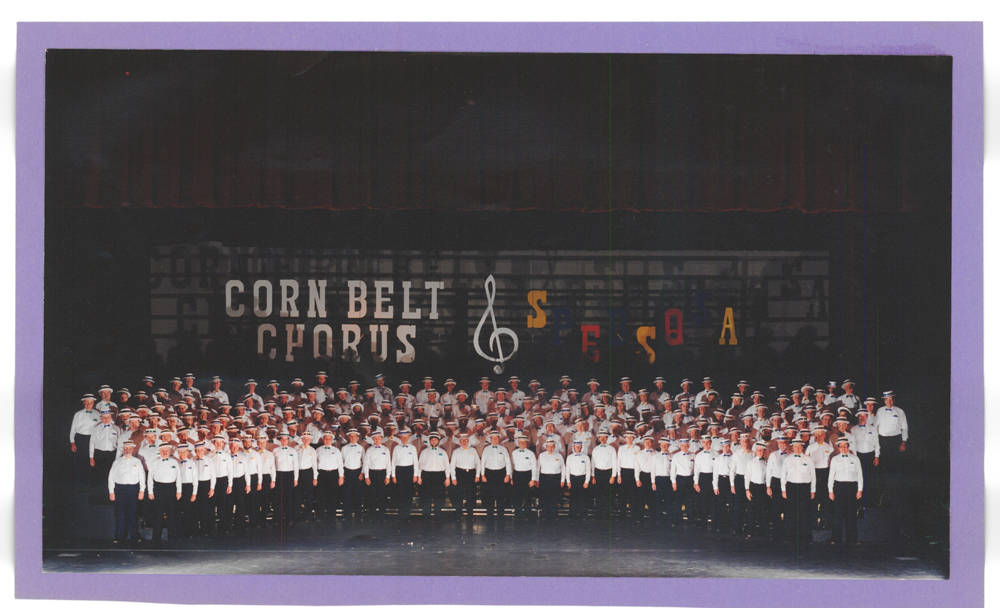 The Corn Belt Chorus … Recreated in 1992 for Bloomington’s 50th

Bloomington’s 50th anniversary show in 1992 drew on 10 Central Illinois chapters to recreate the Corn Belt Chorus.  This is a photo of the entire group of men from chapters in Bloomington, Bureau County, Champaign-Urbana, Coles County, Decatur, Macomb, Pekin, Peoria, Rock Island and Springfield.